Leading through organisational change is crucial

Successfully navigating the scale and pace of change at Tyco Ireland and engaging and motivating employees in the process has been a huge task for the team says Donal Sullivan, Vice-President & General Manager of Tyco, Ireland.

He said the company has split into many new entities in the past ten years with new competitors entering the market place and the company moving from an industrial base to being an innovation and technology based company with Cork leading the changes and growth. He said it is important to be relevant to the future and not the past.

He spoke of the winning spirit that exists within the company and the need to invest in the continuous development of their people, to harness their passion for the business and the need to be flexible, given that many employees work on different time zones.

With over 65,000 employees operating in over 50 countries, the company is firmly committed to building its base in Cork. In January 2014, the company announced the expansion of its Cork operation with plans to expand the workforce over the coming years. Cork is the global headquarters for Tyco who are currently building a state of the art office block at One Albert Quay in the city centre which should be completed by February 2016.

Chairman of the CIPD Southern Region, Conor O’Connell stated that, “Tyco are contributing significantly to the vibrancy of Cork city centre and their decision to locate up to 700 high tech positions here will have a transformative effect and help attract further direct investment into the city”. 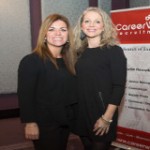 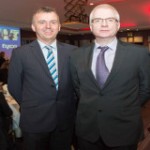 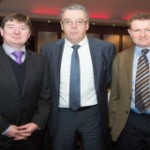 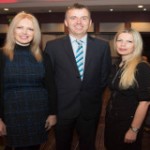 Ken Murphy graduated from University College Cork in 1987 with an Electrical Engineering degree before moving to the US as a Network Design Engineer with BellSouth Corporation. His return to Ireland in 1989 heralded a career which concentrated on the multinational sector, and involved working with companies such as Apple Computer, Cabletron, FMC Automotive, Moog, General Semiconductor and Technicolor.

Ken is a specialist in quality management, purchasing, logistics and supply chain management. He has significant expertise and experience in managing the changing demands of the global media, electronics and automotive sectors at operational and project management levels.

Ken leads CareerWise Recruitment’s Cork operations. He has served on local and national committees of IPICS (The Supply Chain Management Institute), CIPD, the Cork Electronics Industry Association (CEIA), and has completed a three-year term as Chair of the UCC Alumni Board.