Last week saw the announcement of over 1,000 new jobs throughout the country. On Monday, OpenText, a company specialising in enterprise information management announced 105 positions for their Cork office.

announced 400  new jobs with eight clients located across the country, including Dublin, Cork and Galway.

On Thursday, Amazon’s Chief Technology Officer Werner Vogels invited media to the company’s new premises in central Dublin to celebrate 10 years in Ireland, and also to announce 300 highly skilled jobs in the areas of software engineering and customer support – amongst others.

Finally, Friday saw the announcement of 140 jobs for Tuam, Co.Galway from the automotive supplier Valeo.

This mornings announcement was for Avaya who currently employs over 400 people in Galway of which 245 are engaged in R&D activities.

Avaya is one of the world’s most innovative technology companies holding 5,934 patents and patent applications worldwide. It has been named one of the World’s Top 100 Most Innovative Organizations by Thomson Reuters three out of the last four year.

Speaking at today’s announcement, Taoiseach Enda Kenny TD said, “I’m delighted that Avaya is expanding its 400-strong workforce with the addition of 75 new jobs, which is great news for Galway. The Government’s ambition is to secure the growing economic recovery and get our people back to work. Supporting sectors where highly skilled jobs can be created is one of our priorities and Avaya’s expansion of its R&D facility is very welcome in that regard.”

Jason Flynn, Country Manager, Ireland, Avaya “The expansion of our Galway Customer Experience Centre will ensure that world class innovation continues to thrive at Avaya and in Ireland. Avaya is uniquely positioned in the marketplace. An impressive heritage in telecommunications innovation coupled with our ongoing investment in R&D will ensure we continue to deliver world class engagement solutions and genuine business advantage to our customers.”

Minister for Jobs, Enterprise and Innovation Richard Bruton TD said “Encouraging companies to engage in R&D activities is a key part of our jobs plan, and we have put in place a range of measures to support more companies in this area. Increasingly, we are focusing on turning the good ideas that we have developed through investments in this area over the past decade into good jobs. Today’s announcement that Avaya, one of the world’s most innovative companies, is to create a further 75 jobs in Galway is a great boost for the West and a further example of what is possible in this area. I look forward to working with Avaya as they continue to develop their business and create more high-end jobs in Galway”.

Martin Shanahan, CEO IDA Ireland said: “Galway has been a hub of innovation for years with a succession of major companies choosing the city as their preferred location to research and develop their businesses. Being a University City, Galway can provide a pool of highly-skilled talent from which Avaya can attract their workforce. The quality of the lifestyle in Galway is another issue that comes up regularly when we talk to IDA clients locating in the region. Quality of life is an increasingly important component in the decision-making process that companies go through when deciding where to locate their business.

Avaya is a leading provider of solutions that enable customer and team engagement across multiple channels and devices for better customer experience, increased productivity and enhanced financial performance. Its world-class contact centre and unified communications technologies and services are available in a wide variety of flexible on-premise and cloud deployment options that seamlessly integrate with non-Avaya applications. The Avaya Engagement Development Platform enables third parties to create and customize business applications for competitive advantage. Avaya’s fabric-based networking solutions help simplify and accelerate the deployment of business critical applications and services. 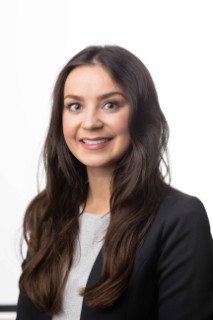