Northern Trust, a financial services company, is set to create 400 new jobs over the next five years in Limerick.

Northern Trust is one of the world’s leading financial services institutions and has had a presence in Ireland since 1989.

This expansion is supported by IDA Ireland and is the fourth time the company has significantly expanded its operations in Limerick.

At present, Northern Trust employs 1000 people across its two sites in Limerick at Hamilton House and City East Plaza.

“Northern Trust’s ability to attract and retain talent is proof positive that Limerick and Ireland is a location that is highly attractive and suitable for global companies in the financial services sector“.

“This investment also reinforces Ireland’s reputation as the funds capital of Europe. This expansion is a clear vote of confidence in Ireland’s track record, pro-business environment, highly skilled talented workforce and commitment to the European single market” 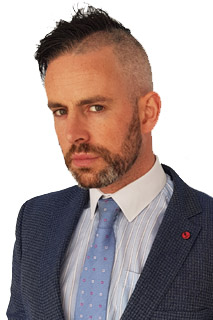 Mark Brandon graduated from Athlone Institute of Technology in 2005 with a Degree in Accounting and Finance.

Mark then went on to work in both Industry and Practice before undertaking a Career in Recruitment.

He has several years recruitment experience having worked in both the UK and Irish Markets. He has specialised in Accountancy and Finance, Financial Services, IT and Insurance.

Mark is also a keen sportsman, having represented Connacht, Roscommon and Athlone Town at various levels.

Mark is based in our Galway office having joined CareerWise as a Recruitment Consultant in Galway 2018.