Some Fun Facts On The History Of The Curriculum Vitae

Some Fun Facts On The History Of The Curriculum Vitae

Curriculum Vitae is a Latin expression translated as [the] course of [my] life. It is also the title for a contemporary document giving a written overview of a candidate’s professional credentials (academic formation, publications, qualifications, etc.). Originally used as a letter of introduction, the Curriculum Vitae, or CV, is now the most vital element of the entire recruitment process. 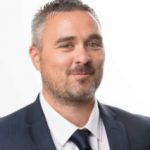 The origin of the CV lies in the Middle Ages when skilled artisans provided portfolios exhibiting their personal style to prospective employers. By browsing these sketchbooks, wealthy customers could easily decide whether to hire an artisan based on their ability to illustrate their accomplishments. During the late fifteenth-century, Leonardo Da Vinci took this one step further by writing a letter to the Duke of Milan seeking his lucrative patronage. Da Vinci’s successful missive listed his achievements in engineering and weaponry, while also highlighting his capacity to create sculptures and paintings during peacetime. Later in Elizabethan England, a well-known land surveyor called Ralph Agas used pamphlets to publicise his services to potential clients. These booklets served as advertisements for his scientific methods and were widely circulated amongst rural landlords and the rich merchants of London. 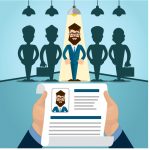 For the next three hundred years, no historical evidence exists for the mass distribution of CVs in the western world. Most people were limited to the jobs available to their class. Furthermore, the pace of technological change also eliminated the need for highly skilled labourers in industrialising economies. By the early twentieth century however, CVs had become more common. Job adverts in newspapers partly contributed to their growing ubiquity by requesting career details from qualified applicants. Between 1900 to 1950, CVs evolved from being handwritten to typed documents essential for getting an interview. Their printed format remained intact until the advent of the internet at the end of the eighties. The ensuing era of mass digitisation altered how people applied for jobs.

Candidates now began uploading their CVs onto recruitment and company websites, eventually leading to the demise of postal submissions. New online social media platforms like LinkedIn appeared, providing people with the opportunity to brand themselves and connect with peers within their field of expertise. By 2010, multimedia CVs with visuals, social media links and infographics became prevalent within certain creative industries, allowing candidates to showcase their talent in a similar vein to the crude portfolios used by their medieval predecessors. Nevertheless, some professions have remained impervious to such innovations with many hiring managers still preferring the traditional CV template over more innovative designs. 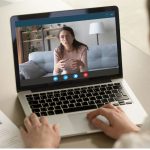 So, what lies ahead for this historical document? As the twenty-first century progresses, it is likely that online candidate profiles will become more centralised. Some commentators have even suggested that potential employers will be permitted to access an applicant’s personal metrics in order to gauge their suitability for a role. Whether or not this transpires is open to speculation. What is certain though, is that the CV will continue to provide a space for candidates to highlight their past in the hope of attaining a prosperous future commensurable with their talent.

This website uses cookies to improve your experience while you navigate through the website. Out of these, the cookies that are categorized as necessary are stored on your browser as they are essential for the working of basic functionalities of the website. We also use third-party cookies that help us analyze and understand how you use this website. These cookies will be stored in your browser only with your consent. You also have the option to opt-out of these cookies. But opting out of some of these cookies may affect your browsing experience.
Necessary Always Enabled
Necessary cookies are absolutely essential for the website to function properly. This category only includes cookies that ensures basic functionalities and security features of the website. These cookies do not store any personal information.
Non-necessary
Any cookies that may not be particularly necessary for the website to function and is used specifically to collect user personal data via analytics, ads, other embedded contents are termed as non-necessary cookies. It is mandatory to procure user consent prior to running these cookies on your website.
SAVE & ACCEPT