What a fantastic evening we had last Friday evening listening to the amazing John Burke at The Old Ground Hotel, Ennis.

The mountaineer was the first person from County Clare to reach the peak of Mount Everest in May 2017.

The owner of The Armada Hotel in his native Spanish Point has also done a lot of work in the area of mental health. John said that he took on the challenge partly to fulfil a personal dream but also to raise awareness and funds for the charity, Elevate, he and his wife have established to promote well being among young people.

John is such a dynamic, engaging speaker his presentation was natural, entertaining and hugely insightful and we could have listened to him all night. 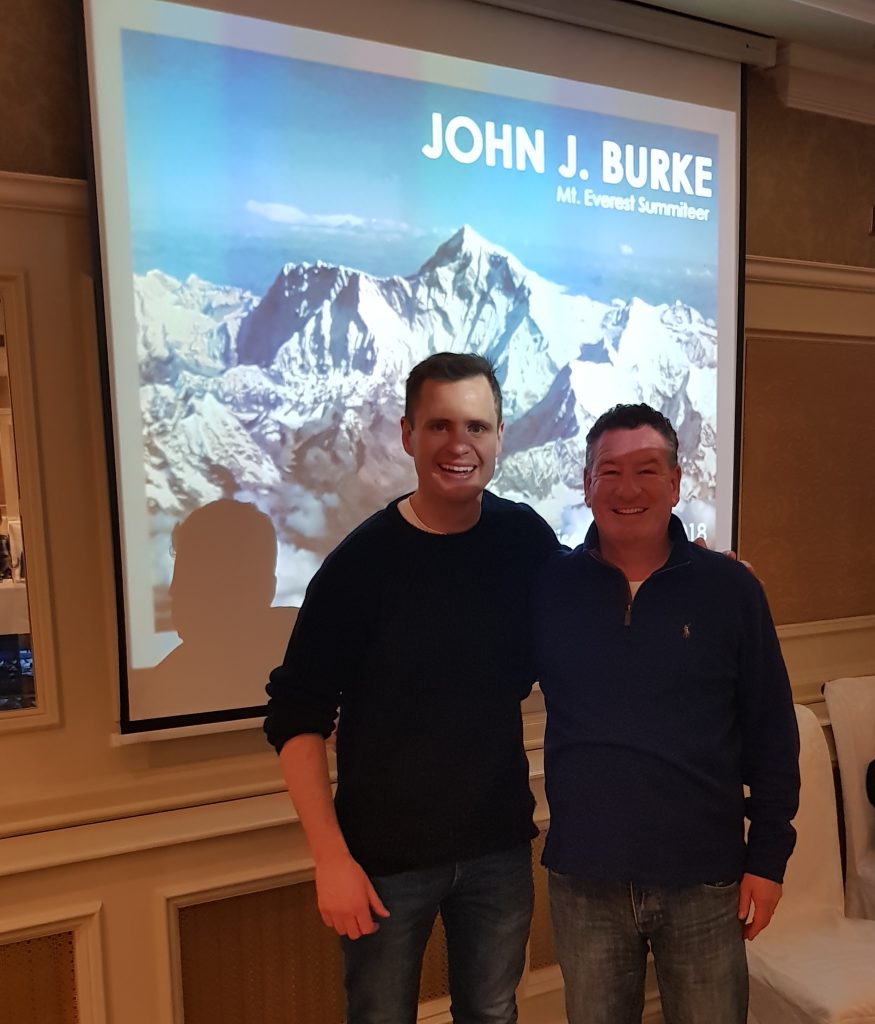