The Interview Process And The Importance Of Interview Notes

The Interview Process And The Importance Of Interview Notes

In this month’s HR article for Careerwise, we consider the importance of the interview process and the need to keep good interview notes.

This has been highlighted in a recent Equality Tribunal case where a woman was awarded €45,000.00 on the basis of discrimination during the selection and interview process.

In June 2010, all three employees were informed that the company was going to create two new Finance Manager roles and all three could apply for the positions, if they so wished.

The claimant submitted her CV and cover letter for the role which suited her qualifications. Her male part-qualified colleague also applied for the role.

The claimant said that during the interview, the Company’s Finance Director had stared out the window and yawned on several occasions. In addition, on two previous occasions in the months before her interview, the Finance Director has asked her how many children she had. Up until the interview for this role, the claimant stated that she had an excellent work track record including receiving excellent appraisals from her line manager.

Following the interview process, the person who secured the role was male, had been working for the company for four years and had a record of failing his accounting exams through the Association of Chartered Certified Accounted despite numerous attempts. The complainant also stated that he was single and did not have any children.

When she enquired as to the reason why she had not secured the role, she was told that she was technically less competent than the part-qualified male candidate.

Notes taken by the company from the interview, secured but the claimant and put forward to the Tribunal for review, suggested that she had referred to the concept of depreciation and the method of assessing the cost of an asset over time, when in fact she had not used this example as she said that she rarely dealt with this issue. She told the Tribunal that the selection process was flawed and the marks on the interview sheet were manipulated in order to give the post to the male candidate.

In its defence, the Company claimed that the position the claimant had applied for did not require a fully qualified accountant, rather someone with a certain level of technical competency. They said that in the interview some questions put to her had to be re-phrased a number of times before she could provide an answer. They stated that for other questions, she was unable to give an adequate response. They said that she did not meet the financial acumen required for the position and that during the interview the claimant herself stated that she lacked the in-depth knowledge of the position the respondent was attempting to fill.

However, the Tribunal did not accept the company version and found that the claimant had been discriminated against. She was awarded €45,000 which represented a year’s salary for the distress suffered and the effects of the discriminatory treatment on her.

This case is interesting in this it relates to discrimination during the recruitment process. It is imperative that employers keep accurate interview notes and be aware that they can be requested at any time be a candidate investigating the reasons as to why they have been unsuccessful in securing a positions.

It should also be noted that a candidate should never be asked if they are married or have a family as part of an interview. Clear, objective selection criteria should be established at the outset of the recruitment process, including setting out a job and personal specification which will act as your roadmap during the recruitment process and the basis of all interview questions to establish the suitability of a person against their experience, qualifications and potential fit for a role. Any non-essential criteria should be removed if it is irreverent to the role. If a job potentially requires long working hours, it is not the business of a potential employer to ascertain the personal circumstances of the interviewee rather to manage their expectations during the interview process by asking job related questions such as “the role requires regular overtime due to deadlines, is this an issue for you?”. If it is the candidate who brings up family matters, it is the role of the interviewer to steer the questions back to the objective selection criteria that are key to the role in question and not get drawn into personal matters, as they are not relevant to the position. It is then up to the candidate to decide if the demands of a role suits their personal circumstances, not the potential employer.

If in doubt, use the professional expertise of your Careerwise advisor who can assist with the interview process or at the very least ensure you have up to date training on the best way to conduct and manage an interview. 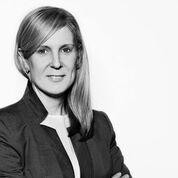 Designed & deployed multiple bespoke programs (and system implementations) across HR, Talent, and Meeting Services within US Multi Nationals and SMEs. A keen negotiator where I was instrumental in key tender pitches, also having full P&L ownership for a number of programs across my career. People-manager managing teams in-house and remotely across EMEA.