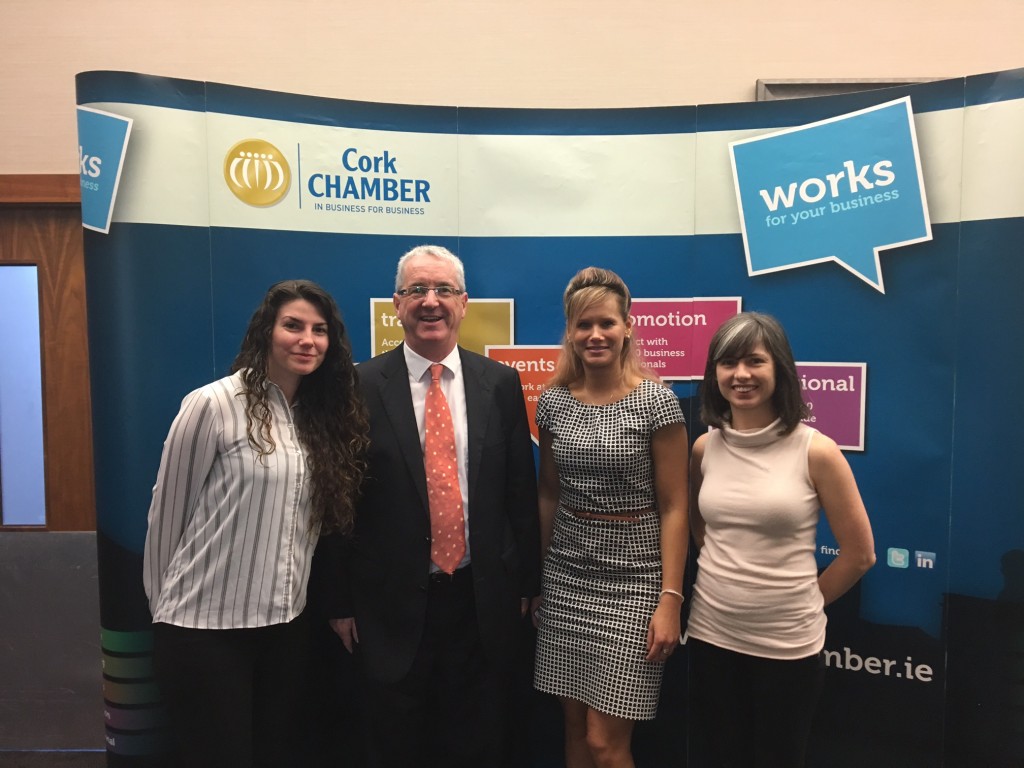 Sinéad McSweeney, Managing Director Twitter Ireland and VP of Twitter’s Public Policy and Communications team in EMEA was the guest speaker and the breakfast was held in association with the Irish Examiner. A Midleton native, Sinéad has been a key leader within the Twitter team since she joined the company in 2012. Sinéad is a qualified barrister and has a wealth of experience with former roles including Director of Communications for An Garda Síochána, Director of Media and Public Relations for the Police Service of Northern Ireland and Special Adviser to the Minister for Justice, Equality and Law Reform.

Ken Murphy, Director of CareerWise Recruitment said; “Sinéad gave a very honest and inspiring talk about her career and her vision for the youth of today. She gave a very open view on her career and her hopes for the next generation. Most of her jobs did not exist when she studied law many years ago and for the next generation, many of the jobs they will work have not been invented yet. She indicated that it is very important to continue with the promotion of STEM subjects for boys and girls so that they can be trained in developing critical thinking skills. Also in the age of social media, it is very important that we do not lose the skills of verbal communication.”